Japan has a relatively small number of infections compared to other countries, but there are concerns a sudden surge in cases in Tokyo could lead to a major outbreak in the world’s biggest city. 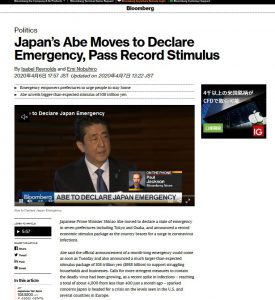 The emergency declaration, which will also cover Kanagawa, Saitama, Chiba, Osaka, Hyogo and Fukuoka prefectures, hands powers to local governments to try to contain the spread of the virus that causes Covid-19, including by urging residents to stay at home. 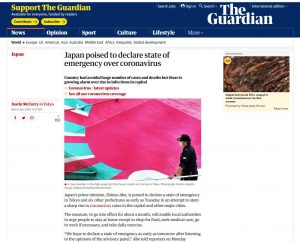